skip to main | skip to sidebar


Welcome to Blogesteix. Current information relating to my chandeliers and lots more too!

Bruxelles, it's Flea Market and Europe

I'm very sad that today Britain has started the process of leaving the EU. 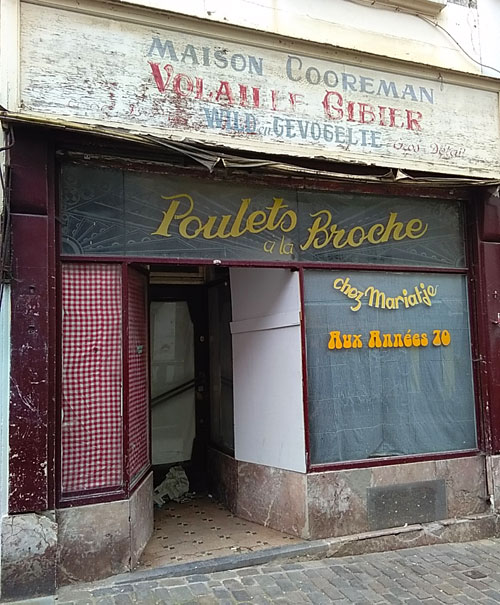 I was interested to hear stories from my French aunt of fleeing northern nazi occupied France for the south as a child and how a nazi soldier gave her a sweet and her grandmother smacked it out of her hand. I always thought that a union of countries pursuing human rights and moderating each other was for the common good because then a tyrant leader would have all the countries to answer to. It's not unheard of to elect a tyrant! peace hasn't been valued much in the vote. 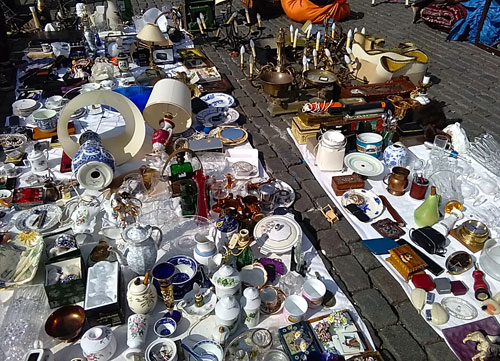 By timely coincidence I was in Bruxelles recently, hearing a whole mix of languages at every turn. I hadn't been here since I delivered a chandelier to the British Council offices here in 2003 and then spent the weekend scouring the flea market on Place du Jeu de Balle. I was happy to find it hasn't changed much. In London you feel there is no stone unturned - all is developed, but in the St Gilles area that's not happened so ruthlessly - yet - and I hope it wont. 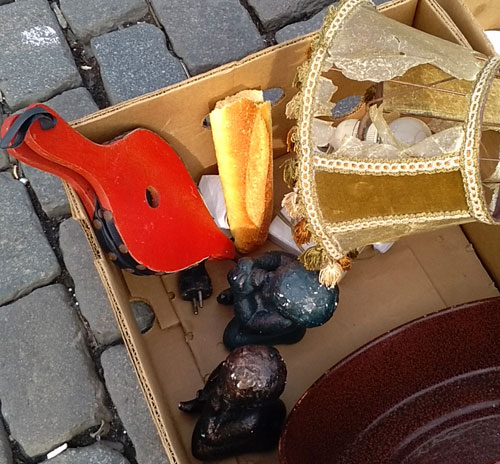 Even if you don't buy a thing it's fascinating to see what people are selling - half a baguette anyone? many of the boxes look like they're from a house clearance and never been sorted and half the stuff is broken. These used to be my favourites and I'd rummage for hours but now I have alot of great stuff to work with already and a generation on the stuff is different. 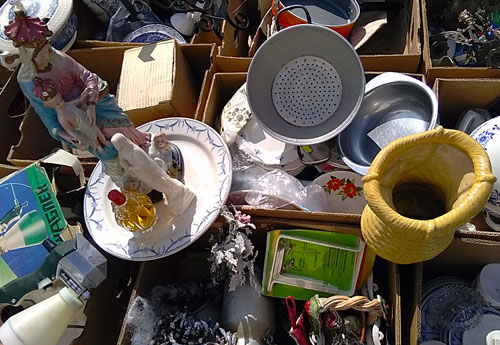 There's alot of religious stuff and ornate ceramic tureens, it's different to Paris and this flea market is on every day from 7am til 2pm. The days vary and Saturday seems a really good one. 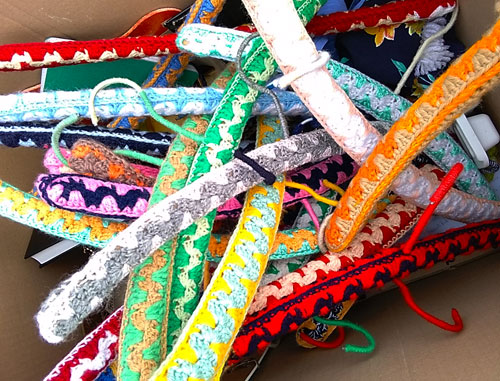 I managed to admire these hangers without having to buy any, must be maturing! 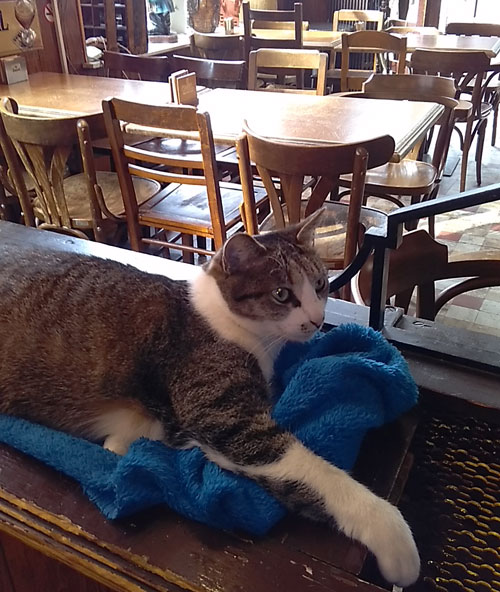 This is the resident cat at the Brocante cafe on the corner of the square - what better combination than cats - coffee - cafes - flea markets - exploring cities, what a happy weekend! 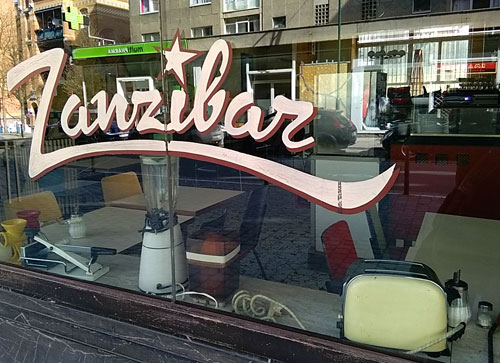 I found plenty of urban collages to feast my eyes on. I'm already looking forward to going back. keep your eyes on Eurostar offers as my trip was only £52 return from London, great value.
Posted by Madeleine at 14:06:00

Madeleine
I've been making chandeliers from collected old kitchen items for over 25 years. I made one then it just grew and grew and became a way of life. Thanks to Artemis for the little profile photo. 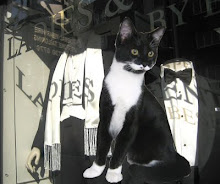